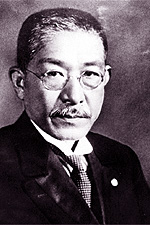 In establishing OCU as Japan's first municipal university, Dr. Hajime Seki, mayor of Osaka, set forth a distinctive vision. The new university should not be an imitation of the national universities; it should serve the needs of the citizens; it should conduct original research on the culture, economy, and society of the city of Osaka and communicate the results to the people of the city. Throughout its 70-year history, Osaka City University has faithfully adhered to this founding vision by making urban issues one of its central concerns.