Four foreign students studying at Osaka City University will appear in the on-line broadcast of SNO (Social Network Osaka). With the program 'Message from International Students in Osaka' SNO wants to introduce the attractiveness of Osaka.

On-campus, the camera crew filmed an OCU student from Indonesia at work in his laboratory and two students from Myanmar who performed a beautiful traditional dance. In the program the students present their life in Osaka in their native language.

Planned broadcast: End of August - beginning of September
You can watch the program on: http://www.sn-o.com 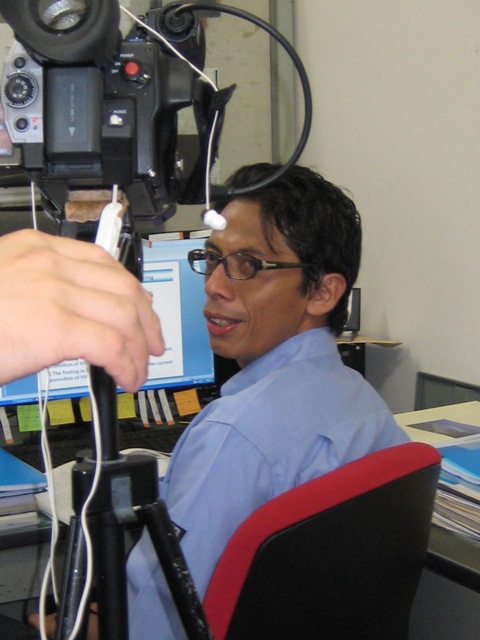