For the second consecutive year OCU took part in the Scientific & Technological Innovation Show (STIS) at the 2011 China International Industry Fair held in Shanghai from 1 to 5 November. The fair in Shanghai is the largest international industry fair in China.

This year's theme was 'Osaka City University's Urban Science – the city and its environment'. Professors of OCU were present to demonstrate research results through a poster exhibit and handing out university DVDs and brochures introducing the university in Chinese.

OCU was represented by Vice-Chairman Kashiwagi, Vice-President Kiriyama and several faculty members. Many OCU international students from China and industry-university cooperation partners gave their support to make the exhibit a success, with the OCU booth attracting a huge number of visitors. Some OCU graduates now living in Shanghai also dropped by our booth to have a friendly chat.

To top it all off, OCU received an exhibitor prize within the university block, making this overseas promotion effort a great success. 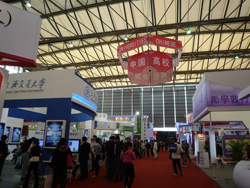 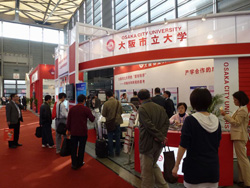 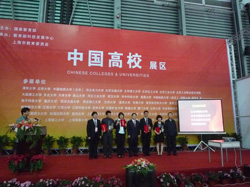