With its 131 years of history, the OCU campus counts many historical buildings, such as the Nr. 1 Building (1-goukan), a nationally Registered Tangible Cultural Property built in 1934. Against this background of tradition and history, OCU is carrying out new building projects to maintain a modern and attractive campus from which to lead the 21st century from Osaka. A few of the building plans are explained below.

In 2010 OCU started construction, renovation and anti-earthquake reinforcements for the Science Faculty building. The new science building will offer excellent educational and research facilities and will become home to the OCU Advanced Research Institute for Natural Science and Technology, the center from which research is carried out on urban environmental and energy problems. The first phase of the new science building (7 floors, total floor space 7000m2) is now under construction and will be finished in the summer of 2012. The entire construction work is expected to be completed in spring 2015.

Impression of science building upon completion

Left: entrance hall. Right: refresh corner
A bright and comfortable space where researchers and students can interact or take a rest. 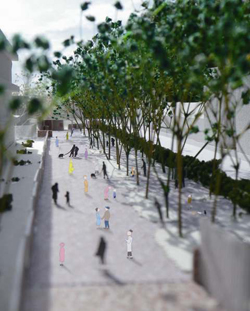 By next summer a new East-exit will be built at JR Sugimoto-cho station, next to OCU, directly connecting the station and the university, so students will not have to cross the railroad tracks. The new station exit will make access to the university even more convenient. At the same time a new pathway will be opened from the station ticket gates to the entrance of the campus, along the north side of the Faculty of Human Life Science. The new pathway will be called 「Nambu Street」(tentative) in honor of the achievements of Distinguished Professor Emeritus Yoichiro Nambu, winner of the Nobel Prize in Physics 2008.

The former library building, built in the beginning of the Showa period, has been renovated and was re-opened n October 2011. All student service counters that used to be spread over different faculty buildings have now been brought together in the new Student Support Center. Students can arrange all university-related matters at this one-stop center. 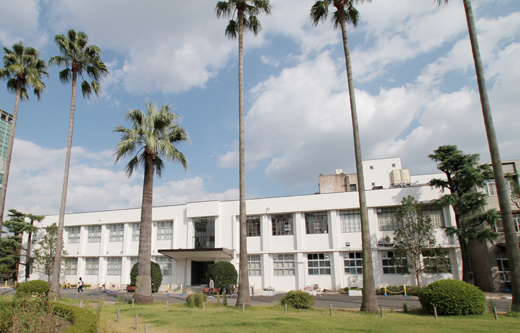