The puzzle game 'Region Select', based on a practical application of knot theory developed by the Osaka City University Advanced Mathematical Institute (OCAMI), has been released as a game app for Android. The game itself was co-developed by OCAMI and Global Engineering Co. Ltd. (Nagoya, Japan).

'Region Select' is a game based on mathematical theory, just like the Rubik's cube or Sudoku puzzles. The game does not use words or numbers and is simple to operate without the need for any specific mathematical skill, and can therefore be played by anyone from any nationality or age.

On the screen you will see one looped line that crosses itself. At each point where it crosses itself there is a light that is either on or off. If you click on a region enclosed by the line, the lights that border that region will be turned on or off. The goal is to let all the lights in the picture burn. The game proves the mathematical theory that (if the loop was drawn correctly) this is always possible. 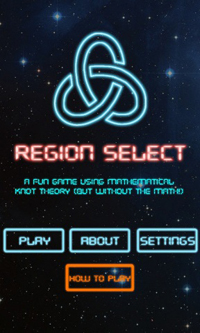 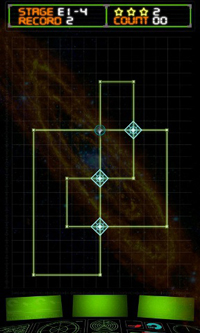 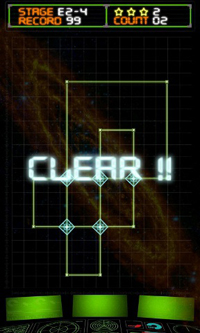 You can download the game from Android Market: Region Select.

The game is based on the 'Region Select' knot theory game, developed by the OCAMI research group of Professor Akio Kawauchi and Ayaka Shimizu (researcher at OCAMI), (Patent pending).

Apart from the gaming application, it is also expected to be applied in elementary education, rehabilitation training of cognitive functions to understand figures, innovative lighting methods in lighting equipment and other industrial fields, etc.