A study group from South-Korea visited Osaka City University on 18 January 2012 as part of the Japanese government-sponsored 'Japan-East Asia Network of Exchange for Students and Youths'.

The group was welcomed by OCU Vice-President Miyano after which they were shown around the university. They then went on to the Tanaka Memorial Hall to take part in an exchange party with OCU students. The students had prepared a gift-exchange and the party took off from there, with everybody enjoying. 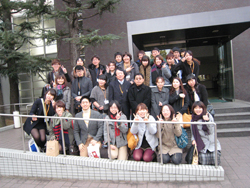 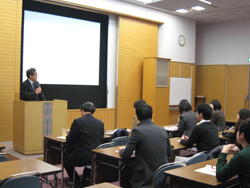