The relationship between OCU and UGM started off in 2002 with an inter-faculty exchange agreement concluded by the Faculty of Literature and Human Sciences. In 2008 the academic exchange was expanded with a new agreement, this time by the Urban Research Plaza. Now the relationship has been widened to open up university-wide exchange possibilities.

It is our sincere hope that the new agreements will lead to many more fruitful exchange projects in a wide range of fields. 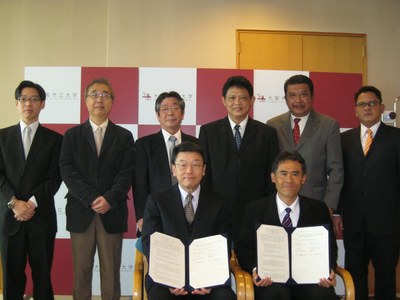