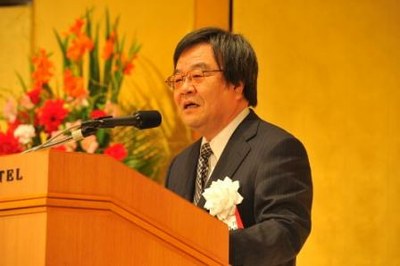 Professor Kamiya received the prize together with Professor Jian-Ren Shen of Okayama University for their research into photosynthesis. They clarified the molecular structure of the manganese cluster, which plays a pivotal role in the photosynthesis process of plants to make oxygen.

The annual award, presented by the Asahi Shimbun Foundation, honors recipients for distinguished achievements in academia, arts and other fields that have contributed to advancements in Japanese culture and society. The prize is considered as one of the most prestigious awards in Japan and many recipients later received the Nobel Prize or the Japanese Order of Culture.

Professor Kamiya’s research was published in the online edition of Nature in April 2011 and was selected as one of the top-10 breakthroughs of 2011 by Science.