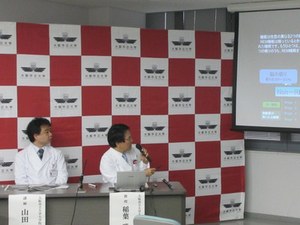 It was already known that patients with sleeping disorders have a higher prevalence of diabetes and probability to develop diabetes thereafter. It was not completely clear however whether there was association of sleep disorder, besides sleep apnea, with glycemic control and/or cardiovascular complication in type 2 diabetes.

In this research, we reveal that, by using used electroencephalogram monitoring, a higher HbA1c, the indicator for glycemic control in diabetes, was independently associated with shortening of the first cycle of sleep time which mainly determines the sleep quality and also shortens the slow-wave sleep for the brain rest during deep sleep.

The research was published on 14 April in the open access journal PLOS ONE. For more details about the research, please see the article via the link below.