Taiki Giga, second year student of the OCU Graduate School of Engineering, was awarded with the First Prize of the ‘Tobitate! Study Abroad’ program, a public-private partnership led by the Japanese Ministry of Education to stimulate Japanese students to study abroad.
Taiki went to Turkey for 9 months, from May 2015 to January 2016, to do an internship at the Izmit Bay suspension bridge construction project. As an engineer, he was involved in design and quality control.

‘English is not my strong point, so the first 3 months were really hard. However, I was determined to perform not as a student but as an engineer, and managed to earn respect that way. You should definitely apply for the program and take up the challenge to study abroad’, was his message to the next generation of students.
The Izmit Bay Bridge was finished on 30 June and is now the 4th longest suspension bridge in the world. 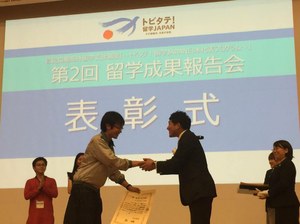 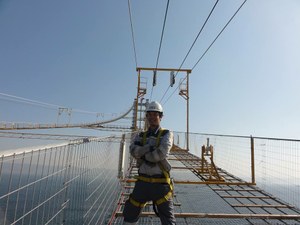 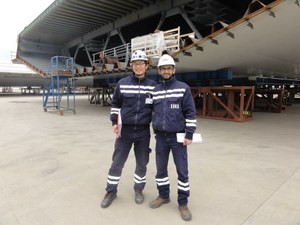 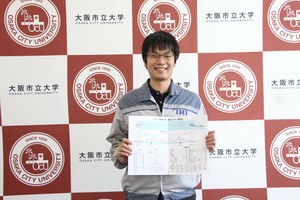