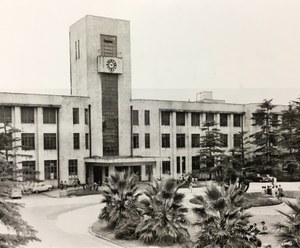 To the university’s regret, 29 of the iconic Washington palm trees in front of the clock tower building at OCU will have to be cut for safety reasons.
The felling is planned to start from 12 June. For the time being, the square will be used as a lawn, where students can relax. A definite plan for the space will be decided at a later date.

The palm trees, which became a symbol of the university and even feature in the university logo, were planted in the late 1950s to celebrate a graduation. At the time of planting the trees were only about 50cm tall. In the meantime, they grew up to the current 23 meters and have reached their maximum life span. Because of the increased risk of damage during storms, the university has unfortunately had to decide to cut them down. 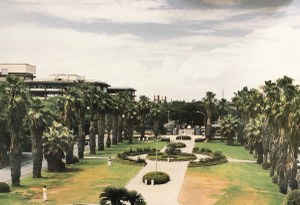 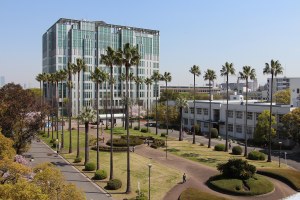 For everybody who has fond memories of the trees and the beautiful views they offered, we have prepared a video on OCU’s YouTube account.

▼OCU YouTube Channel 「A farewell to our palm trees」