Masahiro Sakamoto, the second year of Master course in Graduate School of Engineering, who belongs to Muto Boxing Gym won against Kwanthai Sithmorseng, former World Boxing Association world minimumweight champion.  He knocked out Kwanthai Sithmorseng into the 3rd round in twelve-game match in “Quintuple Title Match” of Oriental and Pacific Boxing Federation and World Boxing Organization Asia Pacific which was held in Edion Arena on December 3, 2017. Now he is new champion! His record was in 12 bouts to 11-1-7KO. So it starts to see some signs of world champion! 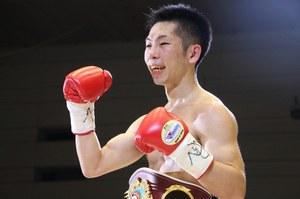 Mr. Sakamoto reported his accomplishment to President Arakawa on December 13, 2017. 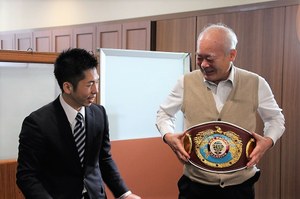 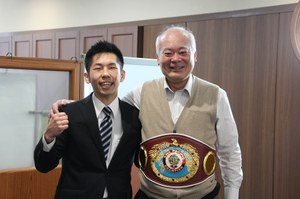