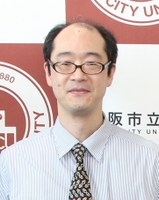 Professor Tetsuya Satoh of Graduate School of Science was selected as Highly Cited Researchers in 2018, which has made his consecutive 5 years to be awarded since 2014.

Highly Cited Researchers in the world are selected by analyzing trend of quotations of theses. In 2018 amongst 21 research fields in natural science and social science, the most influential researchers who have been evaluated high for more than 10 years are specified by citation analysis and 4,000 researchers in the world and 90 who belong to the Japanese research institutes were selected. Professor Satoh was selected in the “Chemistry” field.

※Highly Cited Researchers was announced by Thomson Reuters until 2015, however, since 2016 it has been announced by Clarivate Analytics.