The Consulate General of Social Republic of Vietnam in Osaka and OCU concluded the Memorandum of Understanding (MoU) in the fields of education, research and university-industry-government collaboration in December 2015.
A lecture meeting held last year by the former Consul General Tran Duc Binh was one of the exchanges we had ever since.

Mr. Hai remarked the well-appointed OCU campus with lush greenery is perfect for research and studying. He also expressed our cooperation so far has been extremely meaningful for both of us and would like to encourage further cooperation in various fields and contribute to develop cordial relationship between Japan and Vietnam.

President Arakawa said he would like to continue promoting collaborative activities in OCU as well as in Osaka, to encourage academic exchanges amongst researchers and to invite more Vietnamese students to OCU by building organic network centered by the Vietnamese alumni who returned to Vietnam and have been successful after their graduation from OCU. 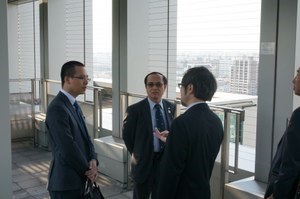 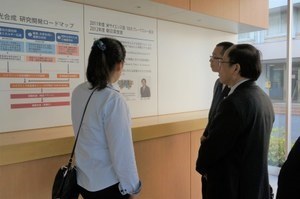 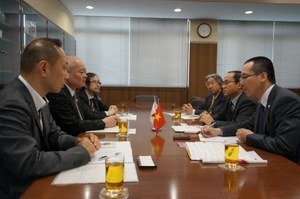 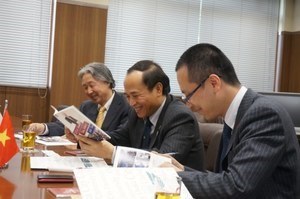 The reception followed at Nonohana House was  joined by Vietnamese researchers as well as international students who have been enrolled in the OCU Graduate School of Medicine and attended by Chairman Nishimura and Director Kasahara of the Society of Japan-Vietnam Kansai. The Vietnamese researchers and students talked about what they study and research at OCU and their life in Osaka to the Consul General. They seemed they enjoyed their conversation. Finally souvenirs including "president stew" were handed out to all the guests by President Arakawa and the event was successfully over in a friendly atmosphere. 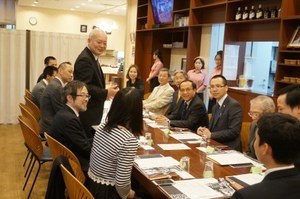 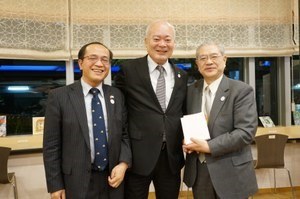 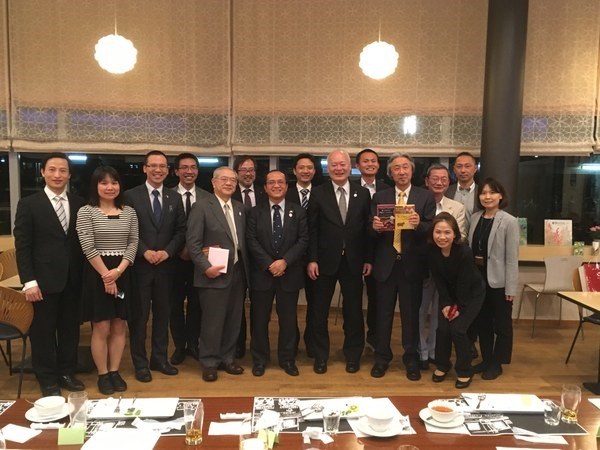