First, President of the International Student Association Shafiullah Parvej, in his third year at the Doctoral course of Graduate School of Human Life Science, introduced lifestyle in Japan as well as procedures to study in Japan by using photos.

Then the students eagerly audited one and half hours lecture on the theme of “Why Does a Winner Take All? – Introduction to Network Theory–” by Professor Yoshihiro Nakajima of the Graduate School of Economics.

Although the campus has just been affected by the typhoon, the party enjoyed their short visit to OCU by taking photos in the Washington Square, etc. 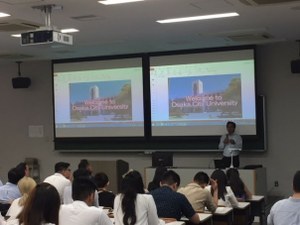 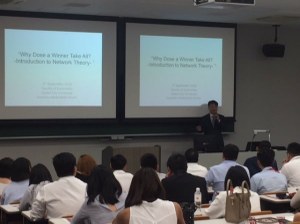 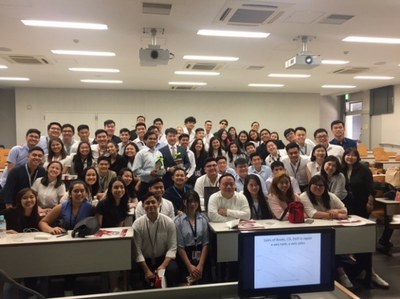