The 3rd Japanese Speech Contest for international students of Osaka City University (OCU), Osaka Prefecture University (OPU) and Kansai University (KU), organized by the Three Universities Comprehensive Cooperation Council, was held on Sunday 17 November, 2019 at the Media Center of the Sugimoto Campus, OCU. This year’s theme was “Experiences with Different Cultures”. As a student-centered contest, two OCU students acted as master of ceremonies while a total of nine students (three from each university) gave speeches in Japanese where the content and expressions of their speeches went head to head.

The contestants presented unique stories based on their experiences in Japan. Some talked about their first impressions of the country, while others spoke of unique encounters and new discoveries they made while in the country. The audience listened eagerly throughout. OCU student, Ms. Wang, won the Bronze Award.

The speeches were followed by a performance by the OCU a cappella club Accord. They covered Japanese pop songs and everyone including the contestants were brought to the edge of their seat by the performance. Afterwards, results were announced and audience and contestant alike shared smiles and applause as the winners received their awards. The speech contest was followed with a social hour - a precious time for the three universities, including international students, Japanese students, faculty and staff to deepen their friendships. 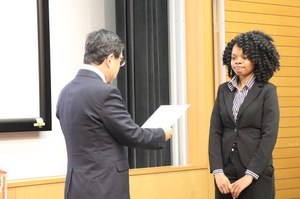 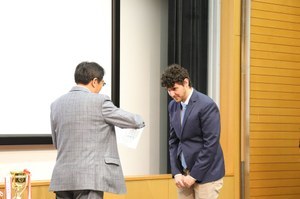 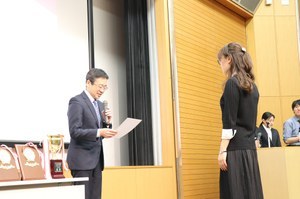 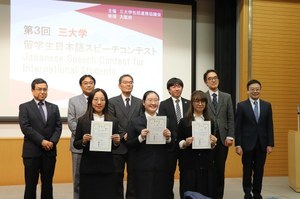 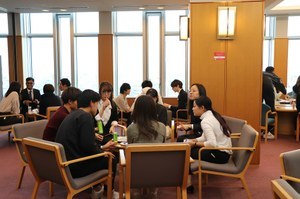 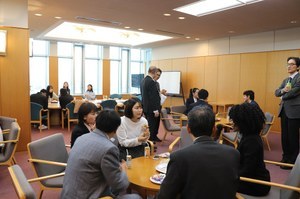