There are 300,000 people with visual impairments (according to the number of physically disabled certificates issued). However, according to an epidemiological estimation by the Japan Ophthalmologists Association, 1,640,000 people spend life inconvenienced by some form of visual impairment. In an aging society this number is only expected to increase.

When people with visual impairments go out, they either need to use a white cane or be guided by another person. These methods require training and are often a burden to the companions. Also, Japan only has 1000 guide dogs, which comes to 1 for every 300 individuals. To address these issues, we have been developing a cane-type navigation device. During the process of development, we received various awards and were reported on by the media. This made us realize that society is interested in our research.

This is the first time that we tried crowdfunding. We intend to make new improvements to the device based on how much support we receive for this project. Continued support from everyone is very much appreciated. 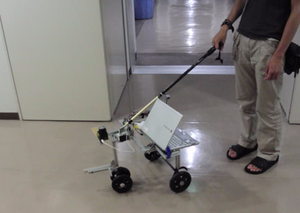 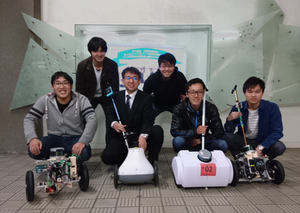