Ms. Tan Yanmei, from the Graduate School of Business, Osaka City University, had an opportunity to guest teach at the Kinryo Elementary School in Sakai City on Tuesday 15 October, 2019.

Organized by the Sakai City Student Exchange Executive Committee, this program gives international students the opportunity to visit Japanese elementary schools and, together with the students, deepen each other’s understanding of school life and culture in Japan and abroad. 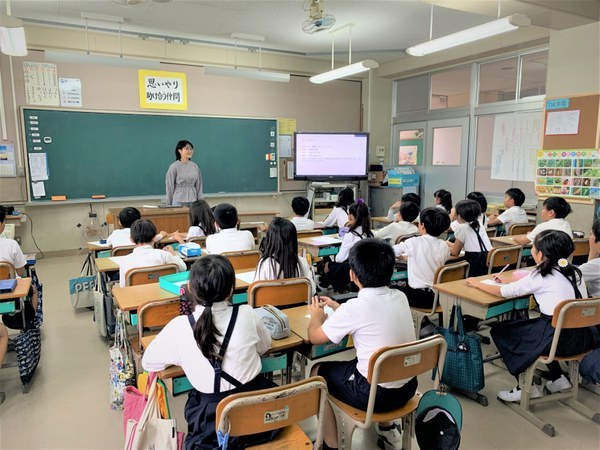 This is Ms. Tan’s 3rd year in Japan. Back in her home country, watching her cousin study Japanese was the catalyst for her own interest in Japan and her goal to study there someday.

When she first came to Japan, she was surprised by the kindness of someone who helped her when she got lost. As she got used to her life in Japan and talked with various people, she realized she hasn’t had a chance to spend time with Japanese children. This desire led her to the guest teacher program.

In preparation, she met with the students’ homeroom teacher to go over her lesson for that day.

She introduced a historic area of her hometown of Hunan province called “Wulingyuan”, which was also one of the locations where the movie “Avatar” was filmed. She then introduced the Hunan cuisine crayfish and stinky tofu. Children were so excited when she gave them a quiz of Chinese characters that have different meanings in Japanese and Chinese, such as 大丈夫 (all right in Japanese, handsome in Chinese) and 手紙 (letter in Japanese, toilet paper in Chinese). 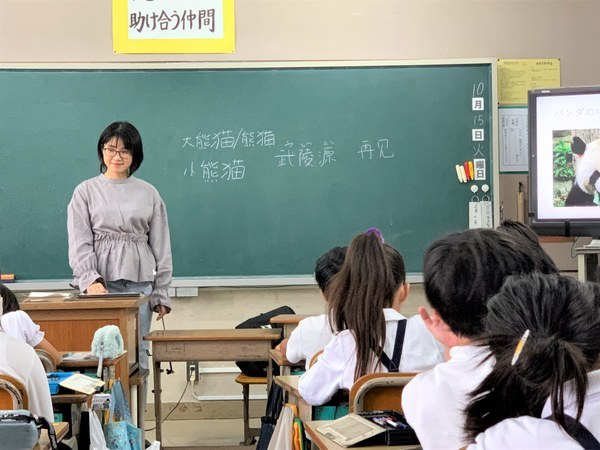