Osaka City University Advanced Mathematical Institute (OCAMI) was approved by Ministry of Education, Culture, Sports, Science and Technology-Japan (MEXT) as a “Joint Usage / Research Center” from AY2019. (Project name: A new international center of excellence by cooperation and co-creation of mathematics and theoretical physics. Amongst the nation’s public and private universities only two universities were approved in this academic year. 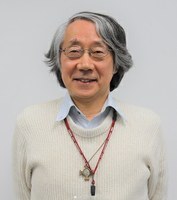 Mathematics and physics are closely related. In OCAMI active collaboration between mathematics and physics has traditionally been inherited since Professor Yoichiro Nambu, and a world-leading creative research has been conducting. Under the principle that  “excellent research environment is required in education and excellent educational environment is vital for research," we will  continue to contributing to human resources development of young and female researchers while maintaining the domestic and international network that we have established to make the world remind OCU when it comes to the field of mathematics and physics.

Since its establishment in the wake of the adoption of the 21st Century Center of Excellence Program “Constitution of wide-angle mathematical basis focused on knots “(Program leader: Akio Kawauchi, current OCU Professor Emeritus and OCAMI Emeritus Director) in 2003, OCAMI (Director: Professor Yoshihiro Ohnita since 2013) has set the following goals. It not only conducted the knot theory research but also each mathematics and physics research group has achieved world-class research results and strengthened and expanded the network of young human resources development and collaborative research institutes in Japan and overseas.

Osaka City University, a birthplace of “research in the field of topology” in Japan, descended from late Dr. Yoichiro Nambu (Professor Emeritus/Distinguished Professor Emeritus at OCU as well as 2008 Nobel laureate in physics) and has achieved outstanding results in theoretical physics, is a powerful research organization that can conduct research integrated mathematics and theoretical physics. With the authorization this time while taking advantage of the past results we will advance the circulation of talented researchers by the new international and domestic networks and work toward progress of research in mathematics and theoretical physics as an international research and educational center with unique characteristics and directionality as well as development of young resources.

・Japan Society for the Promotion of Science「21st century COE Program」https://www.jsps.go.jp/j-21coe/