Osaka City University paves way for liver health by discovering the use of cytoglobin in anti-fibrotic therapy. 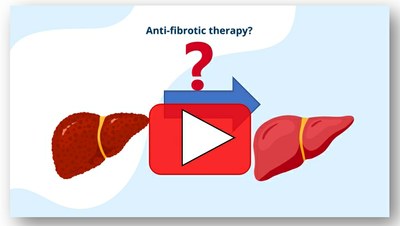 Researchers have discovered that the use of Cytoglobin (CYGB) as an intravenous drug could delay liver fibrosis progression in mice. CYGB, discovered in 2001 by Professor Norifumi Kawada, is present in hepatic stellate cells, the cells that produce fibrotic molecules such as collagens when the liver has acute or chronic inflammation induced by different etiologies. The enhancement of CYGB on these cells or the injection of recombinant CYGB has the effect of suppressing liver damage and cirrhosis. These findings will be published in the February 2021 issue of the journal Hepatology.

"Fixing the liver after injury is a highly orchestrated, coordinated process, and inhibiting the fibrosis could return the liver to a healthy condition," said Norifumi Kawada, M.D., Ph.D., Dean of OCU Medical School and senior author of the study.

Liver injury starts with hepatocyte damage, following several conditions including inflammatory cell infiltration, activation of HSCs, and the production of harmful reactive oxygen species (ROSs). Dr. Kawada, along with Le Thi Thanh Thuy, PhD., OCU scientist, and their colleagues, observed that when they culture human HSCs under recombinant human CYGB treatment, it can enter the cellular organelles, hunt the harmful ROSs, and prevent the activation of HSCs leading to inhibit collagen production.

To identify potential treatment strategies, Dr. Kawada and his team developed several animal models of liver injury and investigated how the liver responds to CYGB regulation and treatment.

In both mouse models of bile flow obstruction induced cholestasis and high fat diet induced fatty liver disease, the absence of CYGB made the liver injury more severe, however, when CYGB was enhanced, the liver injury subsided.

In the next set of experiments, Dr. Kawada and his group tried to generate two other mouse models of advanced liver fibrosis using different chemical agents and applied recombinant human CYGB protein by intravenous injection. Interestingly, the therapeutic protein dramatically suppressed liver injuries, inflammation and fibrosis without any side effects.

Using the results of this research as a foothold, the research team hopes to start clinical trials using this new anti-fibrotic therapy.

This study was supported by the Research Program on Hepatitis from the Japan Agency for Medical Research and Development (AMED).

Cytoglobin is the fourth member of globin family in mammals. It is heme-binding protein. Cygb is expressed only in stellate cells and can be utilized as a marker to distinguish stellate cells from hepatic fibroblast-derived myofibroblasts.

Clathrin is a protein that plays a major role in the formation of coated vesicles during endocytosis and exocytosis pathway in order to transport molecules within cells.

Interferon-beta is a polypeptide, normally produced by fibroblasts, that has antiviral and antiproliferative effects.

Ligation of the common bile duct in mice is an experimental model to induce liver cholestasis and fibrosis.