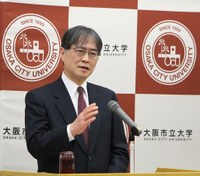 On Thursday, November 12, the United Nations General Assembly and Security Council held an election at UN Headquarters in New York to elected Yuji Iwasawa as one of five judges for the International Court of Justice (ICJ).

At the UN General Assembly, 169 of 193 countries, the largest number of all candidates, and at the Security Council, all 15 countries voted in favor of the honorary doctor of OCU, making Yuji Iwasawa the top elect. The new term is for nine years, from February 6, 2021 to February 5, 2030.

* The title of Honorary Doctor of Osaka City University is awarded to researchers and graduates who have made outstanding achievements in the education and research of OCU through academic culture and international exchange.